Owners of HITMAN 3 or HITMAN 3 Free Starter Pack will be able to play Colorado content for free next week between October 7 and October 17, 2021. 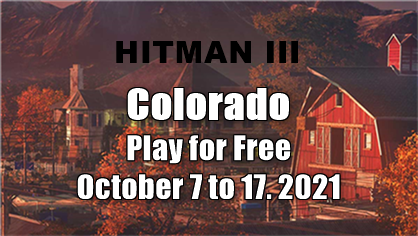 Welcome to the USA. In the Colorado mission, Freedom Fighters, you have a whopping four targets, Sean Rose, Penelope Graves, Ezra Berg and Maya Parvati. You then need to get into a tornado shelter (which is the easiest bit).

The first thing I will point out in this mission, is that you are in a hostile area from the outset, so try not to get spotted.