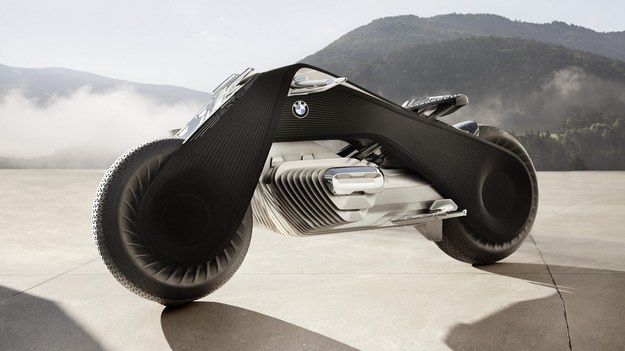 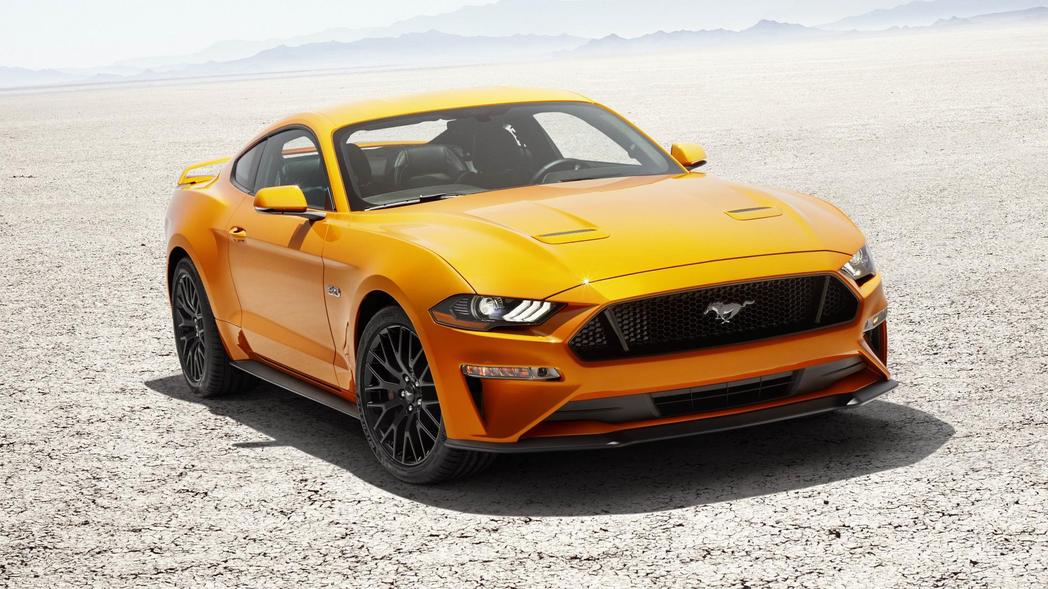 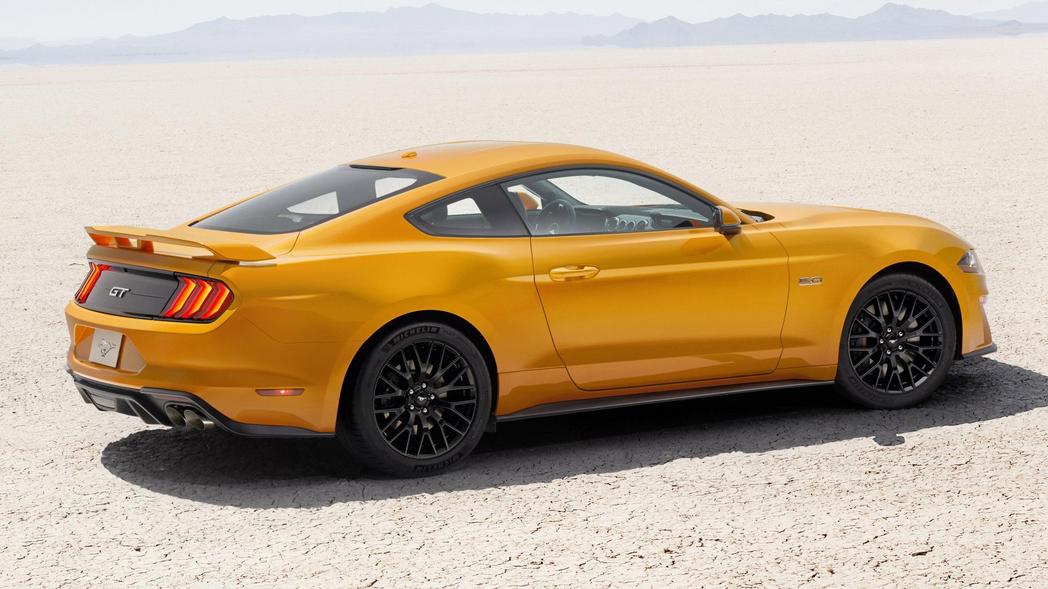 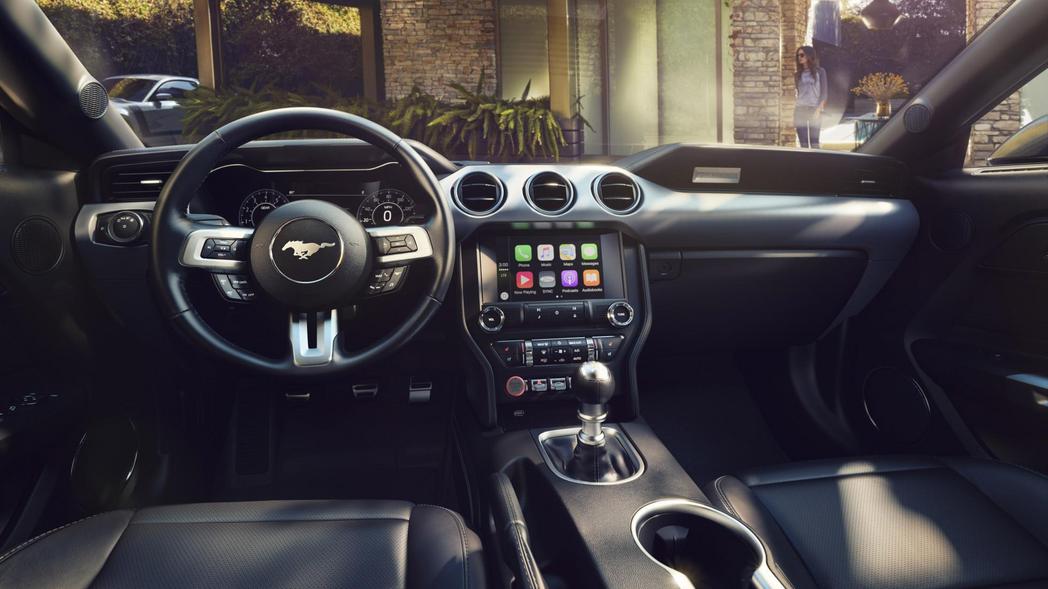 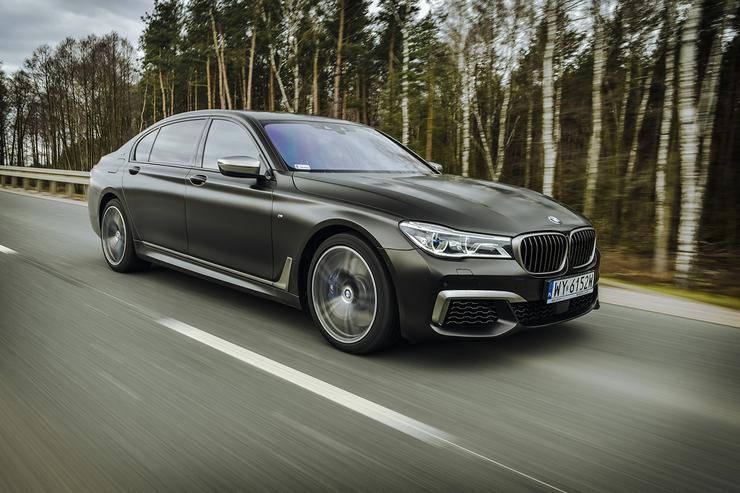 info:instalki.pl
Ziemia ma skórę, a ta skóra ma choroby. Jedną z nich jest człowiek.
am I a part of the cure, or am I part of the disease ?

The
Zaloguj lub Zarejestruj się aby zobaczyć!
is the premier European automotive event, an annual show where all of the continent’s top sport and luxury automakers converge to show off their wares for the coming year.
This year, on the banks of Lake Geneva and surrounded by the Swiss Alps, AD attended the show and sorted through all of the vehicular delights to compile this list of the 15 most thrilling new
Zaloguj lub Zarejestruj się aby zobaczyć!
being introduced to the world.
Sure, many of the heavy hitters were there—such as the Ferrari 488 Pista and Aston Martin’s Lagonda Vision Concept—but there were also some new names in the mix, like the Polestar PS1 (from Volvo’s new spin-off brand).
Even if you can’t make it to the Swiss city this week, read on to stay in the know about everything important that happened.

Bentley Bentayga Hybrid
This plug-in hybrid version of Bentley’s super-SUV doesn’t exactly qualify as “green,” but it does allow 30 miles of pure electric range and reduced emissions. It also comes with an in-home fast-charging station designed by Phillipe Starck.

Bugatti Chiron Sport
Though it has the same omnipotent 16-cylinder 1500-horsepower engine as the “normal” Chiron, this new $3.26 million model has sharper suspension tuning, which translates to better handling. It is also the first car with carbon fiber windshield wipers. I suppose when you’re driving that fast in the rain, you will need carbon fiber windshield wipers to maintain a clear view. . . .

Honda Civic TCR
The Civic is favored among automotive enthusiasts seeking an affordable template for tuning and hot-rodding. This version takes that idea to the extreme, for Civic-minded individuals who want to join select international racing series.

Lamborghini Huracán Performante Spyder
Lamborghini’s recipe for its high-test “Performante” editions is quite simple: Add power, reduce weight, upgrade handling and braking, and graft a giant wing on the back. This new convertible follows the template, but topless. 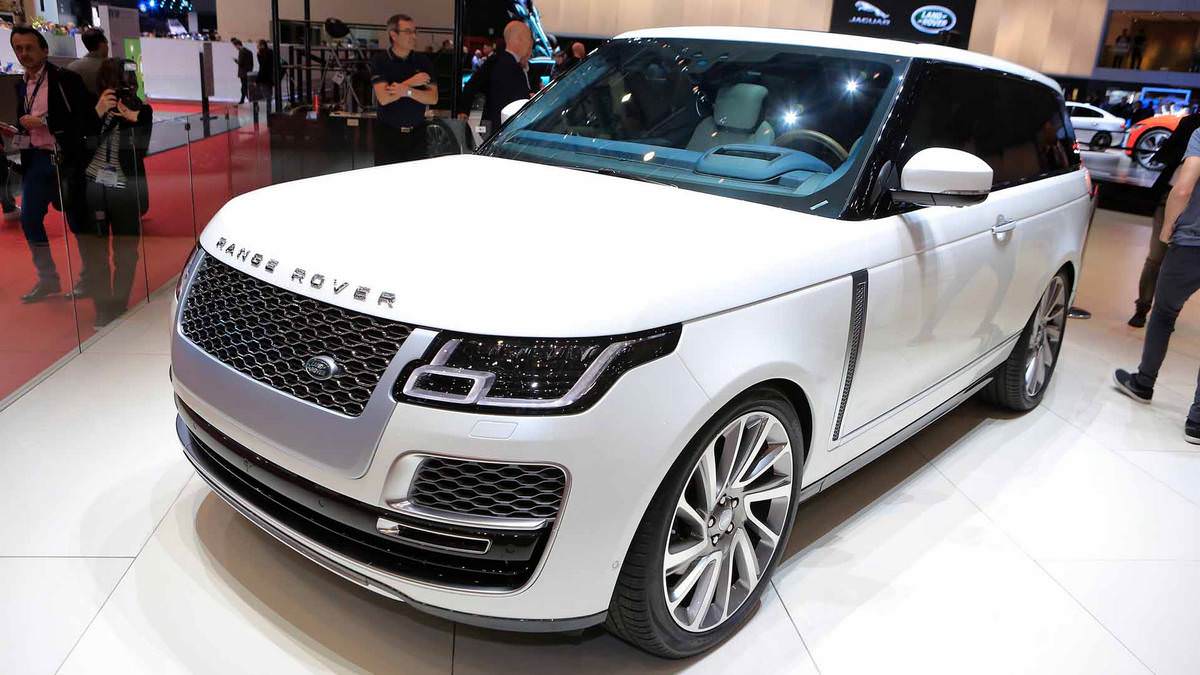 Land Rover Range Rover SV Coupe
Though they were never officially imported into America, the first Range Rovers, which started production in 1970, had just a pair of doors. They were quite utilitarian and spartan. This exclusive, luxurious, all-new two-door is anything but. 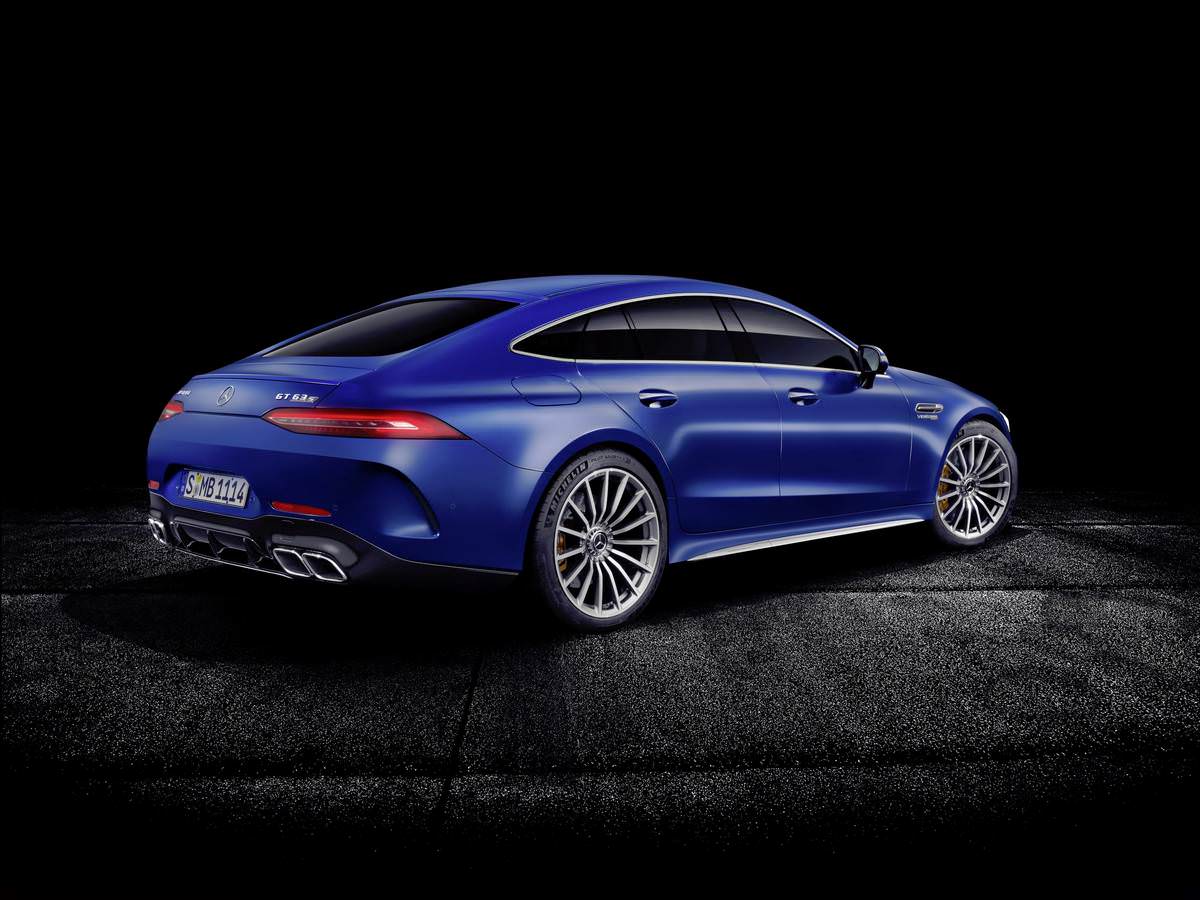 Mercedes AMG GT Four Door
With looks and power borrowed from the aggressive AMG GT sports coupe, and underpinnings and interior tech borrowed from the elegant E-Class executive sedan, this swoopy four-door may be the best of both worlds. 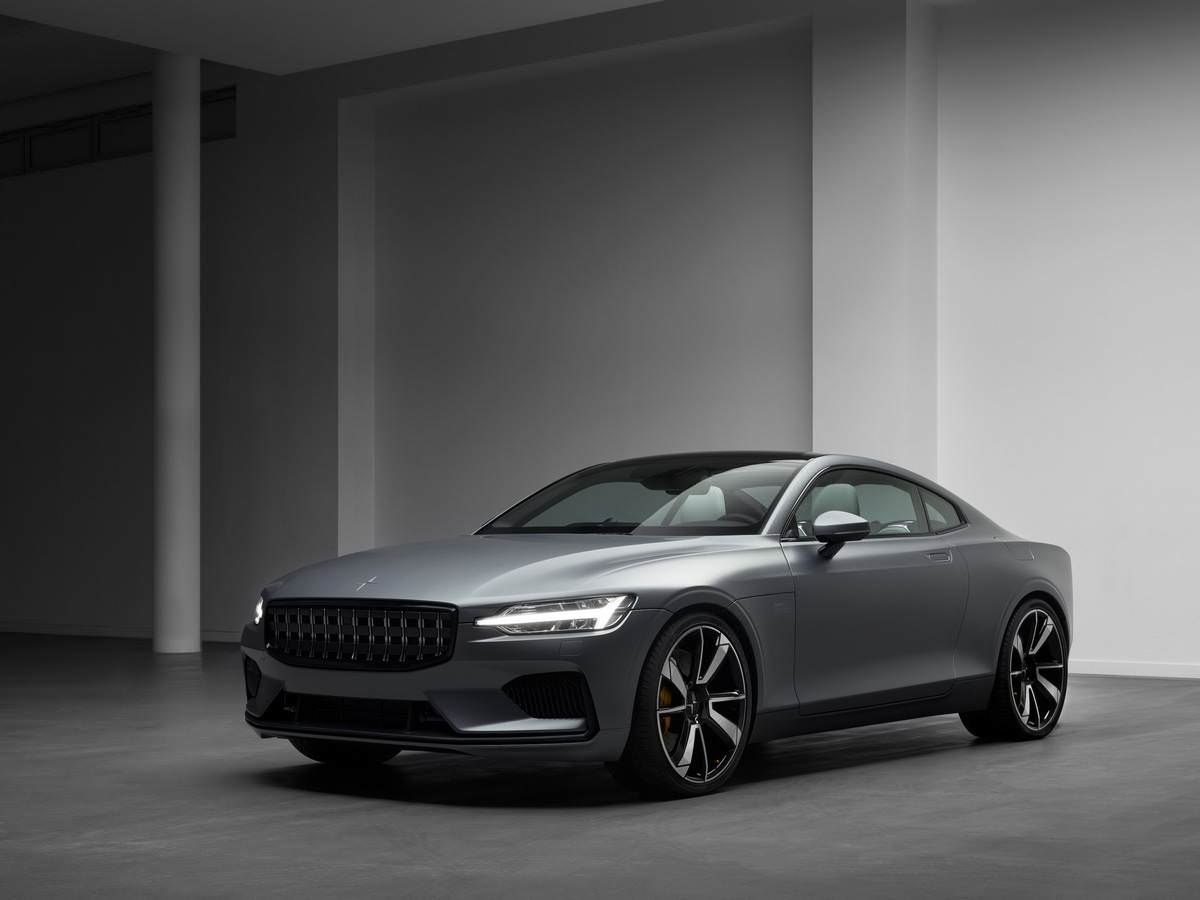 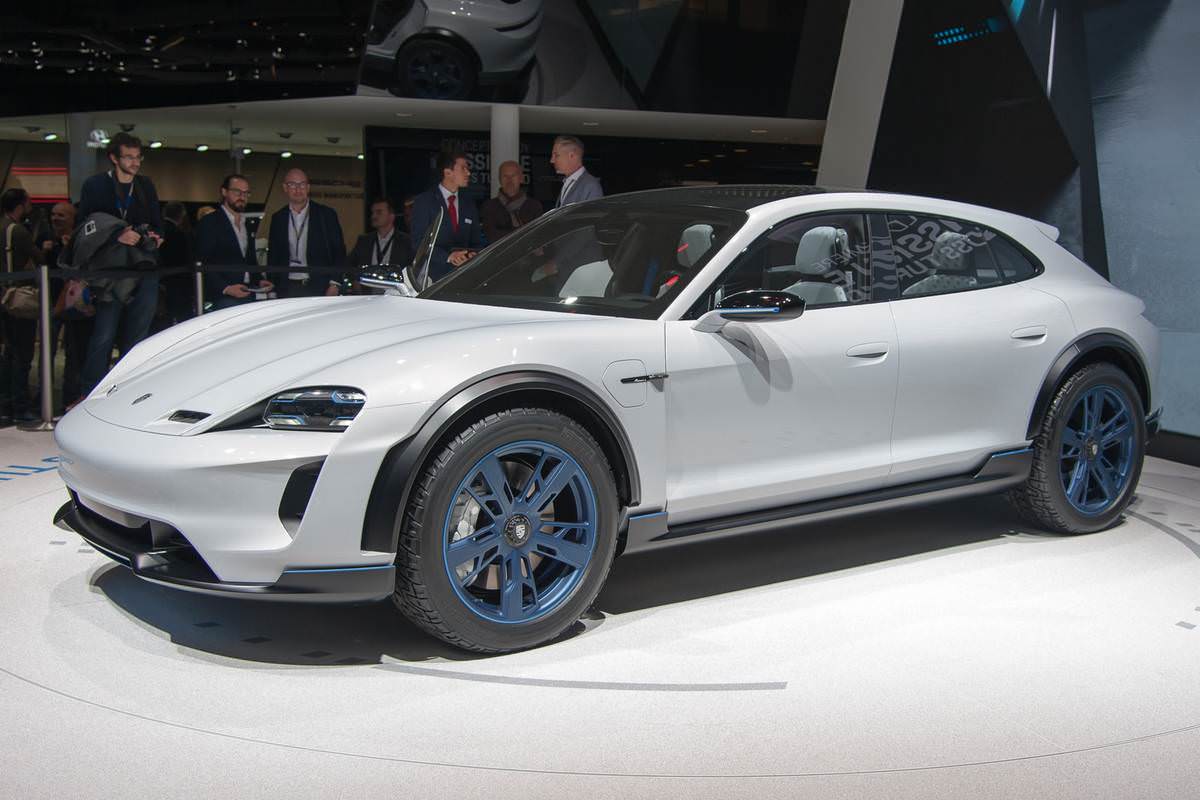 Porsche is working on a full line of sporty pure-electric vehicles. This high-riding hatchback five-door is what a future battery-powered Porsche SUV might look like, with an outrageous 600 horsepower and a 300-mile range 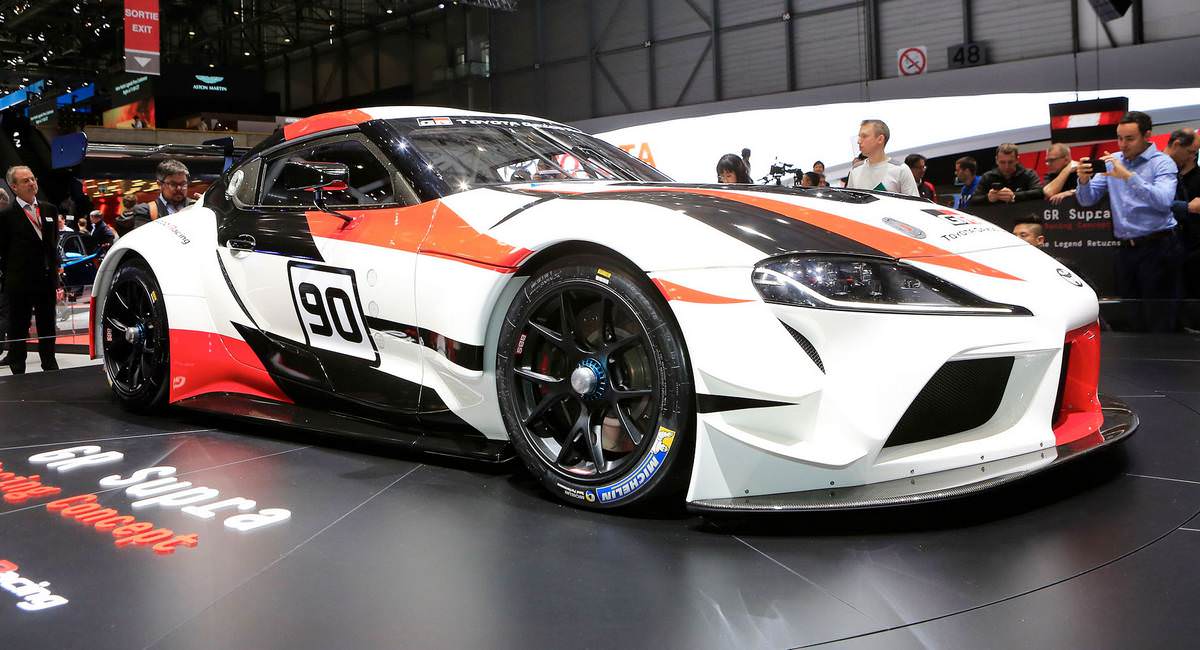 Toyota Supra Racing Concept
Toyota last made a Supra back in the early 2000s. This all-new racing concept presages a production road car and honors four generations of Supra heritage with slick looks, smooth power, and what should be an affordable price. 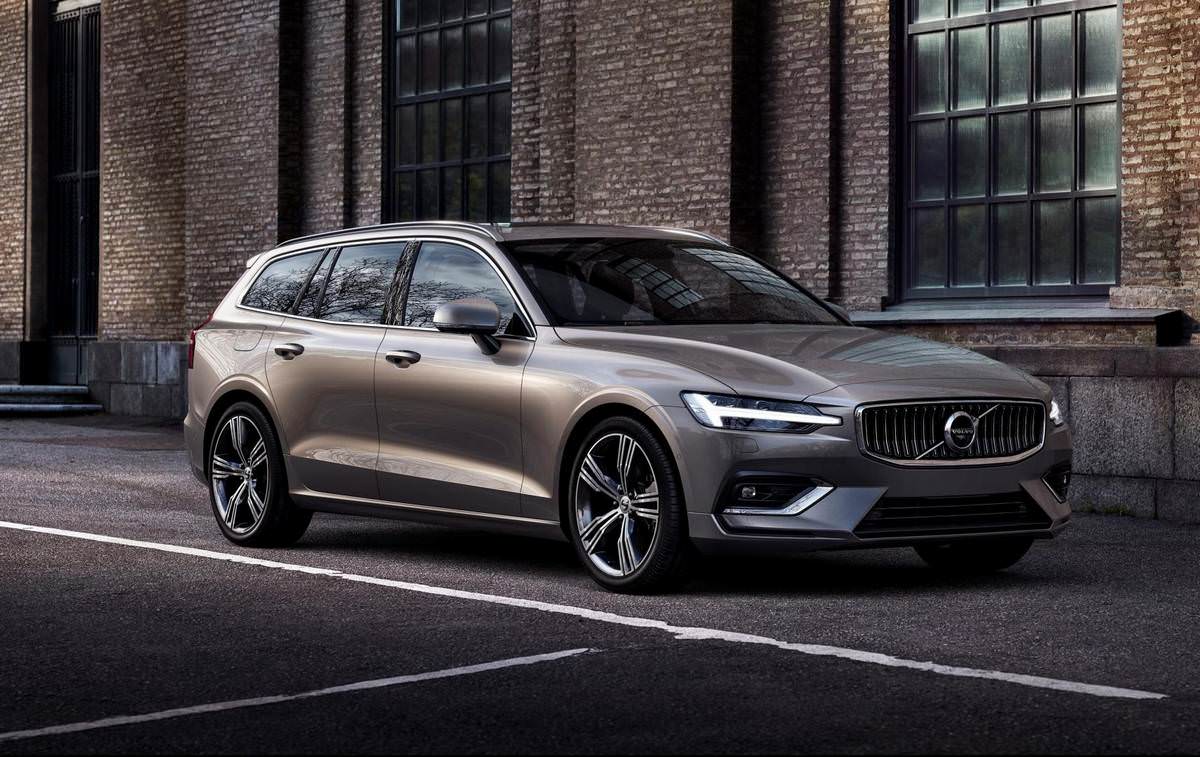 Volvo V60
Volvo may be best known for building wagons. And though the marque briefly seemed prepared to abandon the wagon market, they’ve doubled down and now make more wagons—including this new midsize stunner—than any other carmaker. 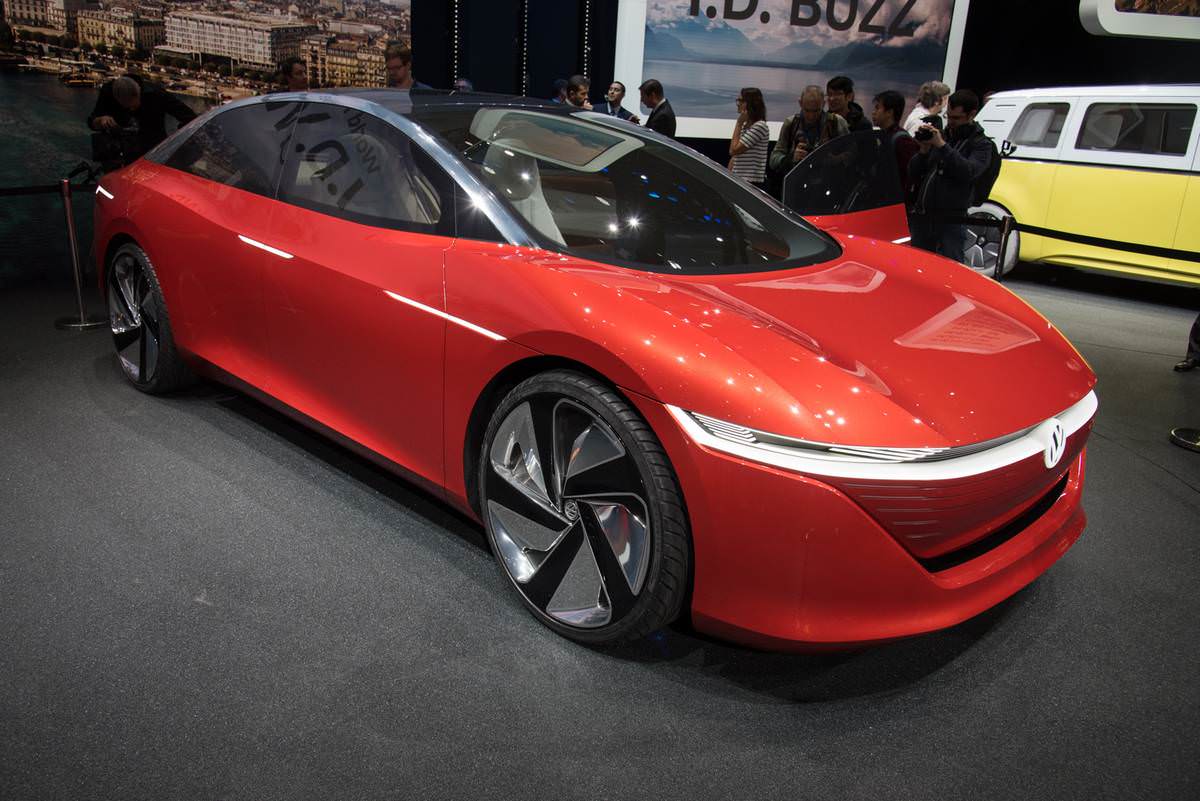 Volkswagen Vizzion Concept
Volkswagen has been releasing battery-powered concept vehicles at an incredible rate in recent years, and this handsome, fully autonomous sedan concept is the latest. VW is claiming 400 miles of range, and no steering wheel. 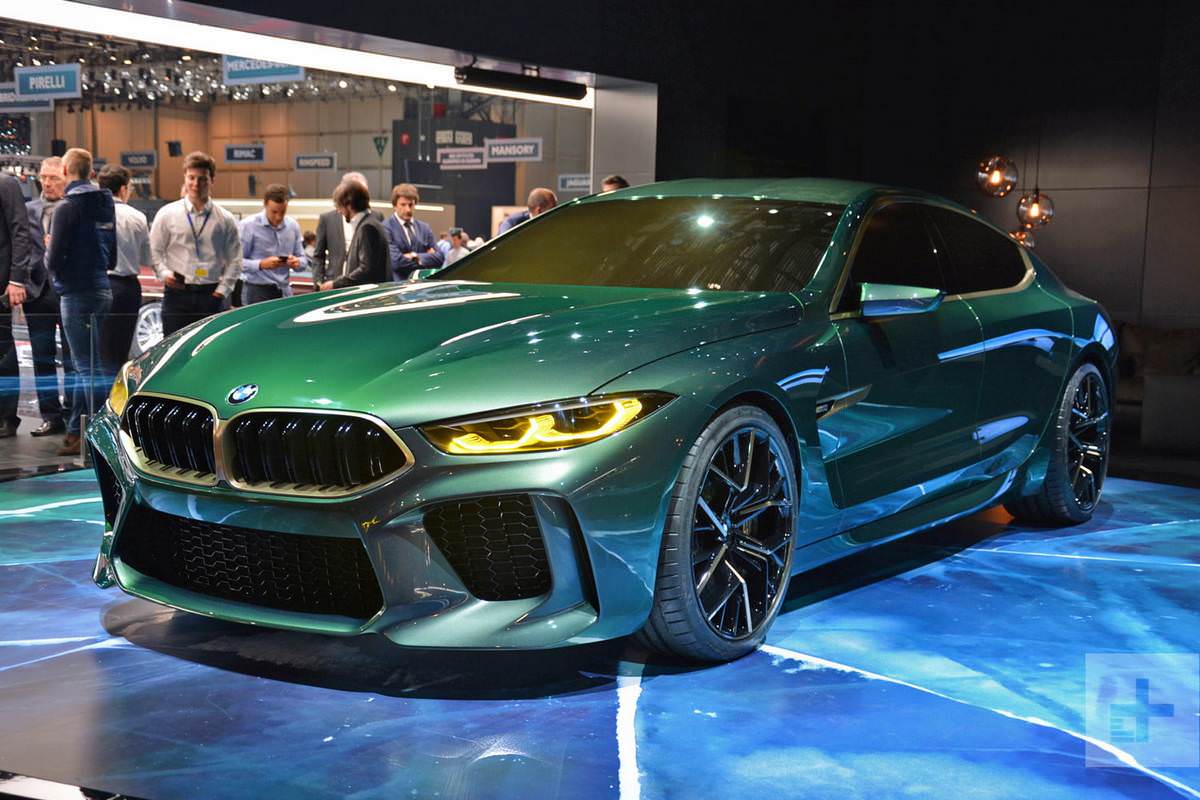 BMW M8 Gran Coupe Design Concept
BMW has been teasing versions of an all-new iteration of its big 8-Series for some time. Now, it has shown this handsome new four-door, high-output version which seems to augur a more finalized design language. 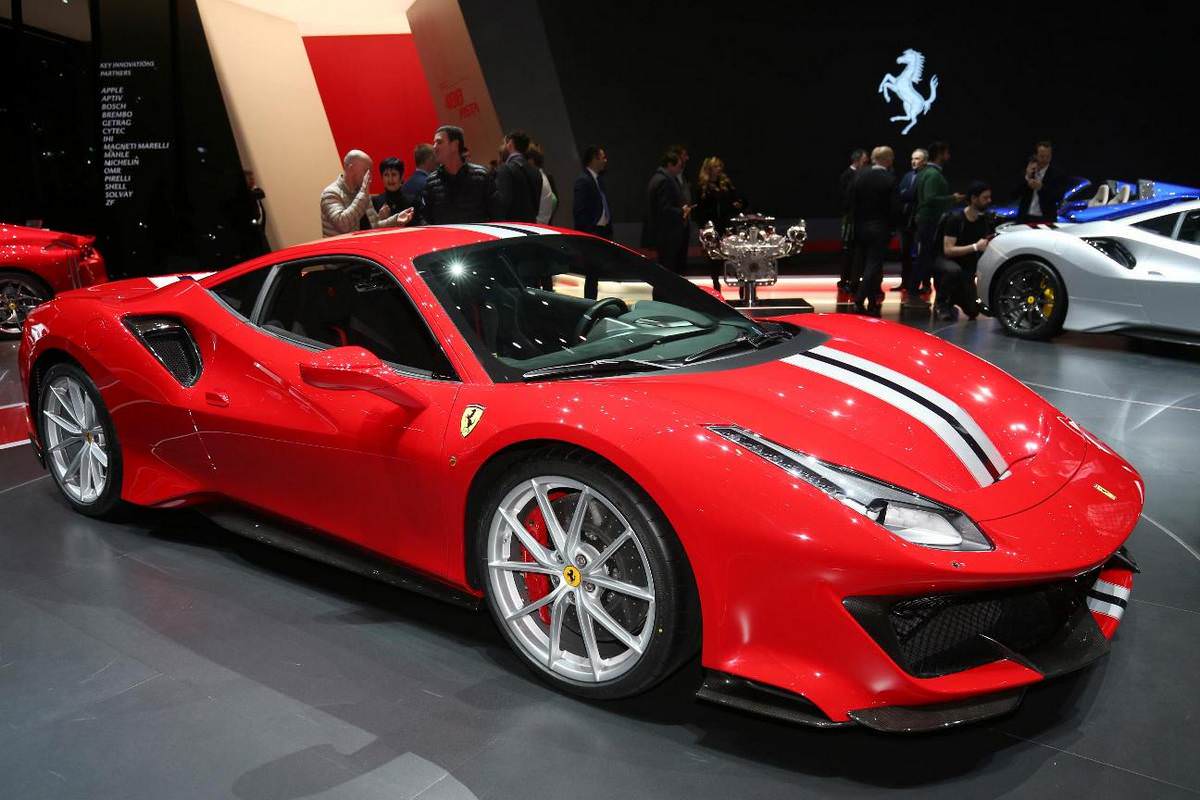 Ferrari 488 Pista
Ferrari produces up-powered special edition versions of its mid-engined V8 sports cars for customers who want to run on the track or who simply require the most potent and exclusive iteration. This fulfills that option for the delightful 488. 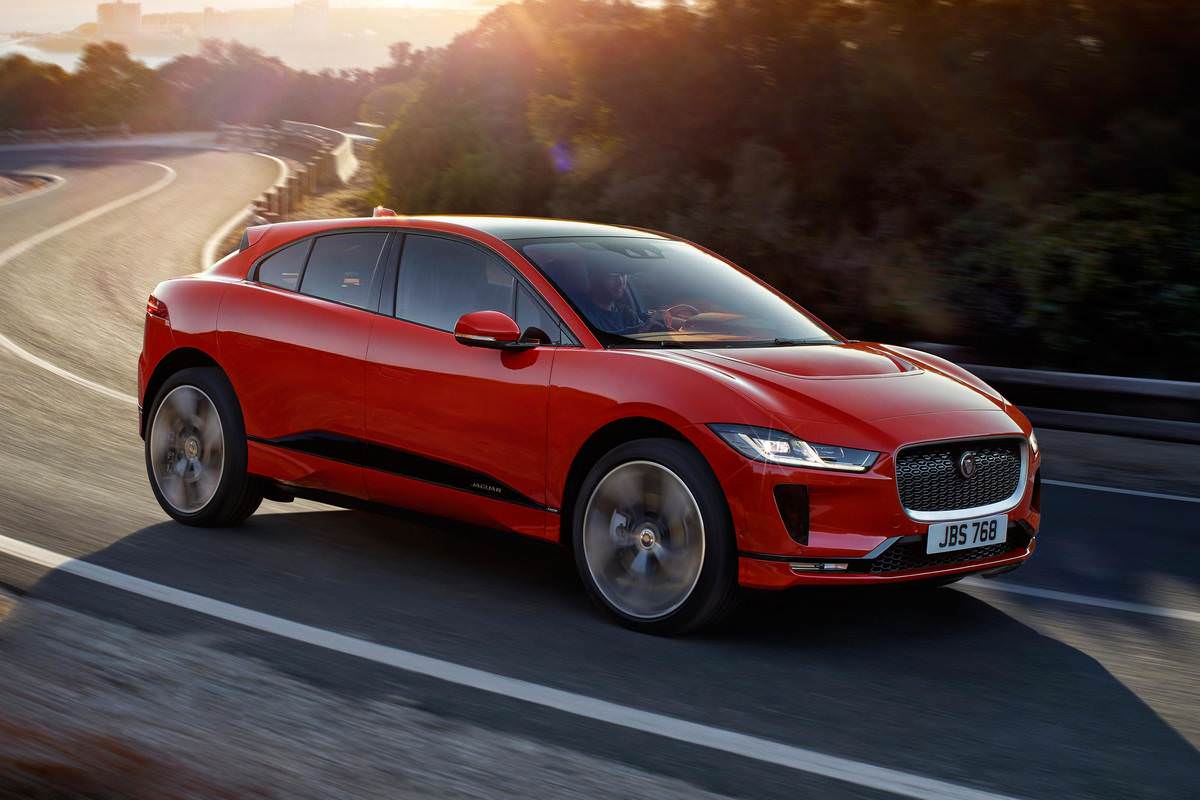 Jaguar I-PACE
This stunning five-passenger all-wheel-drive crossover is Jaguar’s first all-electric vehicle. It can travel 240 miles on a single charge and accelerate from 0 to 60 mph in an intense 4.5 seconds, about as fast as the brand’s F-Type sports car.
Kliknij aby rozwinąć... 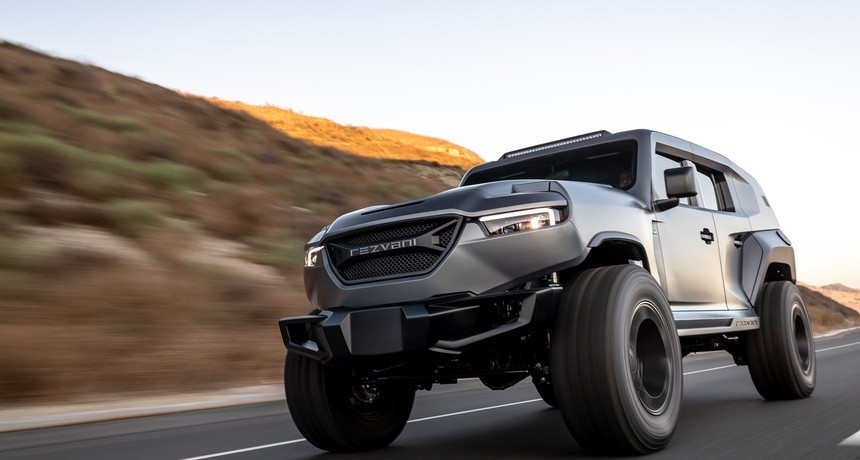 Idealna bryka do zakorkowanego miasta
Ziemia ma skórę, a ta skóra ma choroby. Jedną z nich jest człowiek.
am I a part of the cure, or am I part of the disease ?
Musisz się zalogować lub zarejestrować aby odpowiedzieć