LOS ANGELES, Oct 20 (Reuters) - Former U.S. President
Zaloguj lub Zarejestruj się aby zobaczyć!
will launch his own social media app, TRUTH Social, that he said would "stand up to Big Tech" companies such as Twitter and Facebook that have barred him from their platforms.

TRUTH Social will be created through a new company formed by a merger of the Trump Media and Technology Group and a special acquisition company (SPAC),
Zaloguj lub Zarejestruj się aby zobaczyć!
distributed by both organizations.

“We live in a world where the Taliban has a huge presence on Twitter, yet your favorite American President has been silenced. This is unacceptable," Trump said in a written statement included in the release.


The social network, set for a beta launch next month and full rollout in the first quarter of 2022, is the first of three stages in the company's plans, followed by a subscription video-on-demand service called TMTG+ that will feature entertainment, news and podcasts, according to the news release.

In a slide deck on its website, the company envisions eventually competing against Amazon.com's AWS cloud service and Google Cloud.

A Trump representative who declined to be named confirmed the contents of the TMTG news release to Reuters. Trump spokesperson Liz Harrington also tweeted a copy.

"For so long, Big Tech has suppressed conservative voices," the former president's son, Donald Trump Jr., told Fox News in an interview. "Tonight my father signed a definitive merger agreement to form what will ultimately be the Trump Media and Technology Group and TRUTH Social - a platform for everyone to express their feelings."

That protest came after a speech by Trump in which he falsely claimed that his November election loss was due to widespread fraud, an assertion rejected by multiple courts and state election officials.

Trump Media & Technology Group will receive $293 million in cash that Digital World Acquisition Corp had in trust, assuming no shareholder of the acquisition firm chooses to redeem their shares, according to the statement.

The hackers, affiliated with the hacking collective Anonymous,
Zaloguj lub Zarejestruj się aby zobaczyć!
that the move was part of their “online war against hate.”

Using a false account dubbed “donaldjtrump,” the hackers posted the photos of the pigs, wrote profane rants against Twitter CEO Jack Dorsey and made a fake account for former Trump adviser Steve Bannon, according to multiple reports. The hackers also posted memes from fake accounts for Trump, former Vice President Mike Pence and others.

“We had a fun time trolling it to high heaven,” Aubrey Cottle, a hacker affiliated with Anonymous, told The New York Times.


Cottle told
Zaloguj lub Zarejestruj się aby zobaczyć!
outlets that the group picked up clues after the site, named Truth Social, made its app available for preorder on Apple’s App Store earlier this week. Users were able to join a waiting list for its release, and hackers claimed these pieces provided enough information to access a version of the platform.

The hackers gained access just hours after Truth Social was announced on Wednesday. The app later barred new accounts and was pulled offline according to multiple reports.

Trump on Wednesday
Zaloguj lub Zarejestruj się aby zobaczyć!
– coming months after he was banned from other social media sites.

Trump said in a statement Wednesday that Truth Social and the Trump Media and Technology Group will “stand up to the tyranny of Big Tech.” The platform is expected to be released nationwide in the first quarter of 2022.

USA TODAY has reached out to the Trump Media Technology Group for comment on the reported hacking.
Kliknij aby rozwinąć... 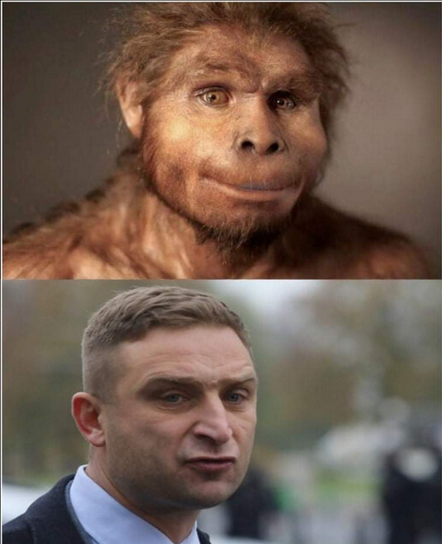 I
Remember Windows Media Player? Microsoft is finally replacing it