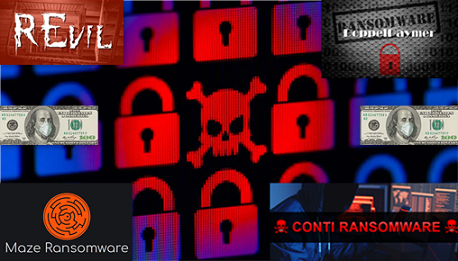 Over the past five years, ransomware has evolved from being a threat to individual computers to posing a serious danger to corporate networks. Cybercriminals have stopped simply trying to infect as many computers as possible and are now targeting big victims instead. Attacks on commercial organizations and government agencies require careful planning but can potentially lead to rewards in the tens of millions of dollars.

Ransomware gangs exploit companies’ financial clout, which tends to be far greater than that of ordinary users. What’s more, many modern ransomware groups steal data prior to encryption, adding the threat of publication as further leverage. For the affected company, that adds all kinds of risks, from reputational damage to problems with shareholders to fines from regulators, which often add up to more than the ransom.

According to our data, 2016 was a watershed year. In just a few months, the number of ransomware cyberattacks on organizations tripled: Whereas in January 2016 we recorded one incident every 2 minutes on average, by late September the interval had shrunk to 40 seconds.

Since 2019, experts have regularly observed targeted campaigns from a series of so-called big-game-hunting ransomware. The malware operators’ own sites show attack statistics. We used this data to compile a ranking of the most active cybercriminal groups.