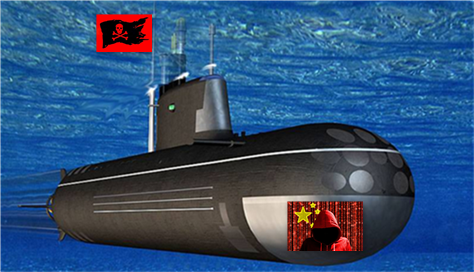 Hackers suspected to work for the Chinese government have used a new malware called PortDoor to infiltrate the systems of an engineering company that designs submarines for the Russian Navy.

They used a spear-phishing email specifically crafted to lure the general director of the company into opening a malicious document.

The method for delivering the backdoor was a weaponized RTF document attached to an email addressed to the company CEO, Igor V. Vilnit.

Threat researchers at Cybereason Nocturnus found that the attacker lured the recipient to open the malicious document with a general description for an autonomous underwater vehicle...