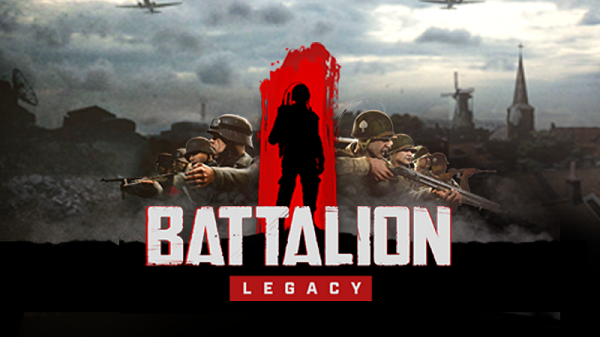 BATTALION: Legacy is the revisited and final version of Battalion 1944, released for free to all on August 16th 2022.

We have taken the best aspects of Battalion 1944 and honed in on these to create a fluid bug free experience, featuring a working server browser, an added faction, new weapons, classic Search & Destroy game mode with all weapons available, complete UI rework and visual overhaul. Battalion: Legacy is the culmination of work consolidated into one old school experience for all to enjoy.

Nations at War - The Eastern Front & British Forces
In addition to US and German forces, you can now take on the fight on the Eastern Front as the Soviet Union. Wield a wide variety of period specific weaponry, from precision bolt action rifles to swift sub-machine guns.

Classic Search & Destroy Game-Mode
A 5v5 Attack/Defend scenario in which the first team to win 8 rounds goes home victorious. Perfect your tactics, sprint timings, and when to aim down sights in this highly competitive game mode. Every life matters and every round counts.

Team Deathmatch & Rifles Only
You, your rifle, and a target looking to do everything within their power to stop you. Do you have what it takes to end them first?

Over 30 Weapons
A full arsenal of over 30 weapons to choose from.

Dedicated Servers & Hosting
With dedicated servers freely available, anyone can host their own BATTALION: Legacy servers.

“Doing things on a shoestring, going back to basics, taking on a challenge with spunk, skill and a dash of new tech—that's the traditional telling of the British war effort.” - PC Gamer

“Developers who say all the right things; World War 2 shooters were great and it would be awesome if they came back.” - Eurogamer

“BULKHEAD have gotten the feel of Battalion absolutely spot on. Everything from the game’s movement to the gun play brings you right back to the good old days of playing shooters online. The fast-paced action of Battalion is something I’ve missed for a long time.” - wccftech