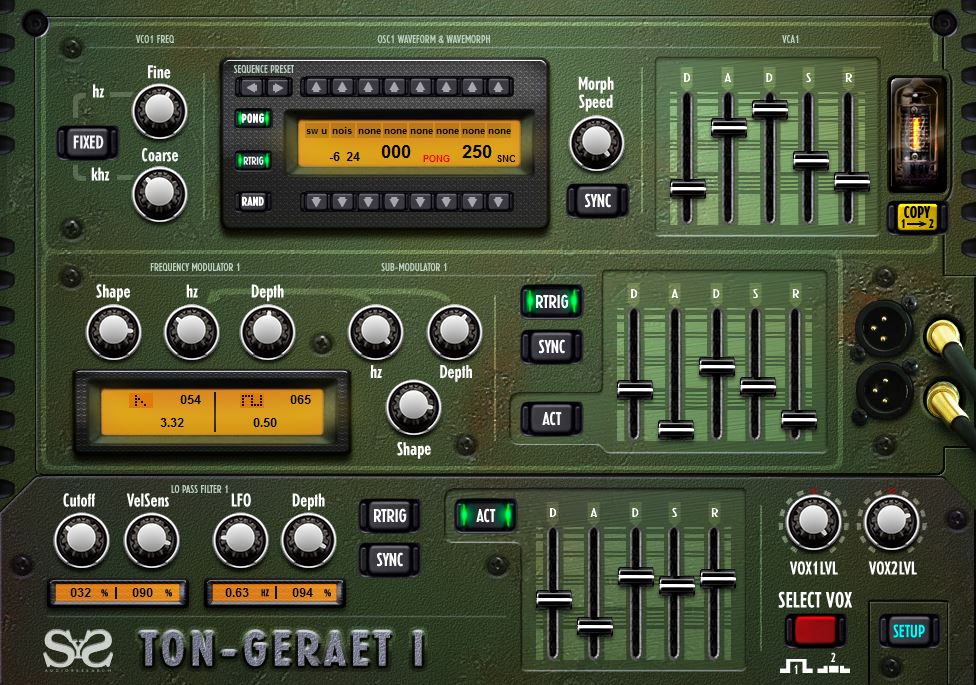 When we announced SyS TG1 in 2010 and sent out some Beta versions, we were so surprised by the massive amount of interest and the pure impact of downloaded demos, we almost had to shut the website down, because we weren't prepared for that kind of attention.

SyS TG1 must have hit a nerve, and here might be why:
Coming from the C64 and 8-bit sound world, Wertstahl always wanted to have a Synthesizer, that acted like a
Zaloguj lub Zarejestruj się aby zobaczyć!
in a 16 bit context.
So he went and analyzed the
Zaloguj lub Zarejestruj się aby zobaczyć!
of how the complex C64 sounds were created: although the SID Soundchip is extremely limited, sequentially switching waveforms or using arpeggio-lists to create pseudo-chords do the magic. Inspired by that, the heart of the SyS TG1 was born: the wave-morph-sequencer.

Not only can you sequentially switch from one waveform to another while your sound is played, but now the waveforms will smoothely morph.
This generates a multitude of transitions of over- and subtones, giving the SyS TG1 it's unique sound.

Aditionally, manipulation of sounds should be as simple and intuitive as possible, so we added a double FM-Unit and an Akai S-1000 inspired 12-bit low-pass Filter. It is very non-resonant and soft - just the way we like it.

Get it from here:

Poniedziałek o 05:30
irfan19
I
I
Narzędzia Headspace Plus za darmo [for 1 Year ]