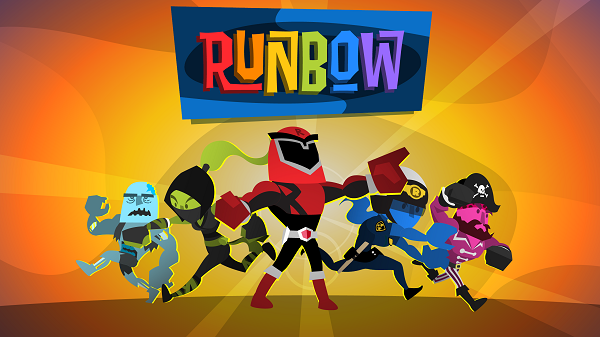 Runbow is the party platformer you've been waiting for! With tons of characters, costumes, and crazy game modes, Runbow is full of colourful chaos that you just have to experience for yourself.

With tons of competitive modes for up to 9 players--locally and online--and a massive Single Player Adventure, Runbow is the crazy, colour-based platformer you've been waiting for.
The world of Runbow changes with each swipe of the background, so you'll have to stay on your toes as platforms and obstacles disappear--If you can't see something, it doesn't exist. Fast, frantic, and fun for up to 9 players, Runbow is filled with tons of modes and content to keep you running back for more.

Features:
- Save Poster District from the evil Satura in Adventure, and choose your own path through a massive map of over 140 single player levels.
- Take on The Bowhemoth, a single, ultra-difficult challenge in the belly of a colossal beast. On your own or with friends, its sure to test the skills of even the toughest platforming veterans.
- Go head to head with your friends, locally or online, in Run, Arena, or King of the Hill, for a colourful, crazy competition. Host a Private Game for you or your friends, or hop into an Open Party and take on the world.
- Tons of costumes and Indie Guest Characters are waiting for you to unlock, including Shovel Knight, CommanderVideo, Shantae, Lilac, and many more.

With 9-player madness locally or online, 5 game modes, 19 guest characters, hundreds of levels, and tons more content all in one unforgettable colourful game, you better get ready to Runbow!

“Overall, I will have to say that Runbow has impressed me with its gameplay and simplicity, and all I need now are more friends to play video games with.” - COGconnected by Stephanie Sung

“Offering a splendid amount of content in one package that can be enjoyed in both single and multiplayer, the colorful Runbow easily deserves a spot in the party game lineup” - Attack of the Fanboy by Dean James

“One of the best massively multiplayer offline games of recent years, although like any party game its attractions are fairly fleeting.” - Metro GameCentral by Roger Hargreaves 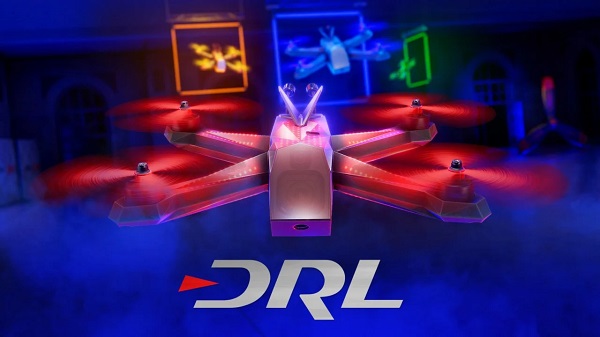 The DRL Simulator is the premier FPV racing game and simulator. The DRL Sim offers a robust, evolving feature set, including high-intensity drone racing. It packs tracks that DRL's real world pilots compete on, with more added every season.

This is what it feels like to fly in the cockpit of the fastest drones. The DRL Simulator will push the limits of your drone racing abilities and prepare you to fly in real life.

Explore legendary locations and new worlds. Battle it out with your friends to the finish line. Crash nonstop without wrecking your drone and breaking the bank. Master this game and you can compete for a chance to become a professional pilot in the Drone Racing League.

Mega City Map
The new Mega City map features a futuristic metropolis where users can navigate the city from above the skyline, around and inside of massive high rise buildings and architectural landmarks, through city streets and urban parks, down through underground highways, through a monorail station and even into a multi-level underground subway station.

While this map is addictive to fly in Freestyle mode, we've included expert-designed Basic, Medium, and Hard tracks to accompany this new map; Let's see who can stay atop the Leaderboards on these fresh tracks.

Search & Destroy
The new Search & Destroy game mode provides a fun and satisfying gameplay experience of destroying target balloons by flying into them.

Target balloons of various shapes and sizes are strategically and creatively placed throughout the DRL Sim signature Campground map, along with "danger" balloons that must be avoided, empowering newer pilots with a fun way to level up their skills to begin competing on the more challenging race courses and providing experienced pilots with a fresh game experience for fine tuning their stick coordination for precision drone control.

Finally, in Onboarding Pro Mode, pilots will fly unassisted (training wheels completely off) for three (3) races that must be won in sequence to complete Onboarding flight training.

DRL Pilot Mode
The DRL Racer4 drone is now upgraded to include a throttle cap and battery resistance, with an optional damage setting, to match the setup used by professional DRL pilots during Virtual Season Levels. This allows users to truly train like the pros.