Notice:
The promotion is both ASA Original Edition (2013) and ASA Remastered Edition (2015). 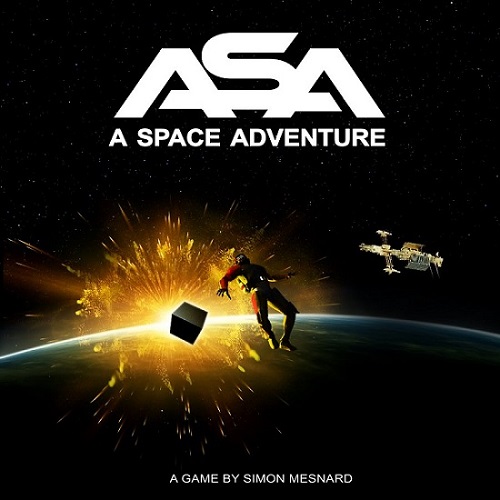 ASA: A Space Adventure was originally created with love by a single person, and now comes back in a HD remake thanks to the help of developer Andrea Rinaldi. ASA is a first-person slideshow adventure game (point & click) reminiscent of famous games such as the Myst and Rhem series.

Visit a vast spaceship called The Ark, divided into several areas, and discover the truth behind the Cubes and their creators... You'll probably need a pen and a paper to write down your notes in order to solve the challenging puzzles.
Zaloguj lub Zarejestruj się aby zobaczyć!
A walkthrough is available here. This game can be very difficult for people who are not familiar with the genre.

In 2057, an astronaut finds a strange Black Cube in Space, and is teleported onto a mysterious spaceship called the Ark. You soon discover that he's not the first astronaut from planet Terra to arrive here: Philip Forte lived through the very same experience in 2011 and, fortunately, left a diary explaining his story. With this help, you visit the Ark, with one single goal in mind: getting back home.

ASA: Remastered Edition is an improved version of the game originally released in January 2013 by Simon Mesnard. It is part of the Black Cube series, a collection of Sci-Fi projects based on a book.